Dungeonman 3 is another sequel to Videlectrix popular text-based adventure, but this time they have included awesome jaw-dropping graphics and animation. You're bound to be impressed by the gorgeous backgrounds and detailed character portraits.

If that isn't going to floor you, then the humor and poor usage of fake Old English will. The game is rather short and easy puzzles are of no help, but what you get in return is a satisfying experience and an amazing tribute to classic adventure titles from the past.

12. A Cure for the Common Cold 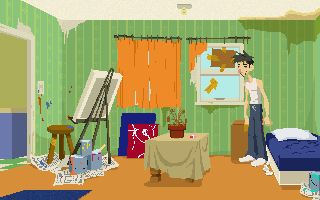 A Cure for the Common Cold is a short AGS adventure game by Marina Siu-Chong, also currently developing The Hatmaker's Tale.

After spending years as a starving artist, you've managed to catch the eye of a influential gallery director. He wants to see some new work, and you've got a terrible cold that is draining your creativity. You'd better find a cure for the common cold, and fast! 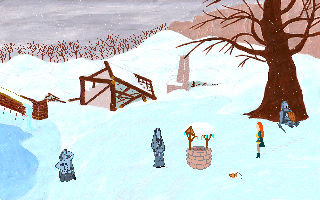 The Winter Rose is an excellent adventure game by Alex van der Wijst which took a year and a half to develop. The story is about Rose, a young archer on a quest to save her father and rid the land of the evil ice-dragon.

For a solo effort, the game does showcase excellent use of limited resources. Backgrounds are hand-painted, and a lot of nice touches have been added to create the right atmosphere. The animation is great, snowflakes are beautifully animated, and throwing in footprints is genius.

But what is most impressive about the game is the writing. Every item has a description based on your actions, a feat rarely seen in other AGS titles. You will be rewarded with quite a few chuckles if you attempt to click on everything you see, because of the witty script.

Verdict? Fans of classic adventure games won't be disappointed with this one.

In The Marionette, you play as a struggling sculptor named Martin. One evening he finds in his mail a strange white envelope, unmarked except for the number '1011' written in the top right corner. Inside is a photograph of a room with ropes hanging from the ceiling. He has barely registered that fact when he is struck unconscious, and later wakes to find himself in completely unfamiliar surroundings, with only a house nearby to offer any hope of help...

Demo Category:
Short demo versions of full games, scheduled to be released in 2007. 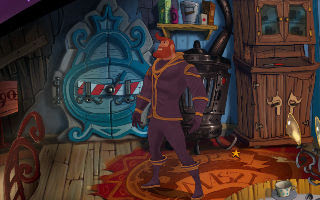 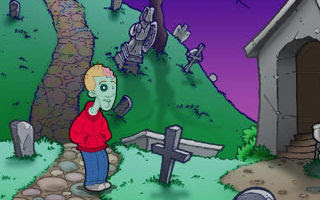 Nearly Departed is an adventure game made using a relatively new scripting engine named LASSIE. As a professional illustrator working for Disney, John Green has done an amazing job with the graphics for this upcoming release.

The final version will include voice acting. No full screen option for the demo, unfortunately.

The Special Edition Category:
Special editions for each of these games are for sale.

The 'Too Difficult' Category:
What Linus Bruckman Sees When His Eyes Are Closed

'Narrowly Missed It' Category:
Sydney Finds Employment, The House That Ate My Soul, Chicken vs. Road, The Game That Takes Place on a Cruise Ship

I'm guessing part 1 is coming up.

Brilliant, brilliant! Can't wait for part 1... I'll blog you as soon as everything is ready. Cheers!

Hallway of Adventures and was easily the best OROW game. Common Cold is 2007 and Winter Rose 2005.