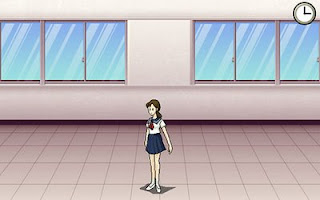 NIGORO member Naramura has announced the first details of the group's next game on their development blog. According to him, the fifth game will have an academic setting and perhaps be easiest to play with a touchpad. The title has been decided, but it won't be announced until later because the title alone would give away a lot of the game.
Posted at 10:40 AM by Shih Tzu
post a comment  |  6 comments

I've actually been doing some paid translations for this group. Is it OK if I post about them, or is that a violation of journalistic ethics? Does anyone care?

P.S. What happened to La Mulana? There doesn't seem to be any mention of it on their site anymore...

I don't think NIGORO will ever be able to top the awesomeness of Rose and Camilla, but I hope they do!

Terry: Technically, La-Mulana was made by GR3Project (I think was the name), not NIGORO. It's kind of just semantics since I think it's the exact same people, but anyway it looks like they don't count La-Mulana as a NIGORO game.