Friday, December 14, 2007
Clysm Interview
This is an interview of Clysm (author of Seiklus), conducted by Eden B for this blog. All three of us are members of Eo. I edited it and am posting it for her.


EB: what's some games that you've been playing lately (if any)?

Clysm: I played Portal and Half-Life 2 a couple weeks ago. It's pretty unusual for me to play FPS games, though. Other than Metroid Prime, I haven't played any since Doom many years ago. I've also been playing the Aquaria demo.

EB: What do you think of the storytelling in HL2?

Clysm: I thought it was very effective the way the narrative was generally a seamless part of the game.

EB: Although, Valve's sort of dug themselves into a hole, producing only FPSes.

Clysm: I would like to see games of other types with the quality of HL2. Maybe they'll try something different eventually.

EB: I don't play FPSes, they make me feel sick. How was Portal?

Clysm: It was very clever, both the design and the writing. They made it fun just to walk around and play with things, which is a good quality in a video game.

EB: For surely. The concept of "play" seems to be lacking in most games. Although, in Aquaria it's quite fun to just swim around.

Clysm: Yes, I haven't played a lot of that game, but it seems as if it has that, too.

EB: Is there a story to your new game? You've said it's a "rescue game", but is it as minimalist as Seiklus?

Clysm: Yes, it will have quite a bit more story than Seiklus. I haven't decided exactly how much yet, and I still have to make a few final decisions about which way I will take the story.

EB: How're you planning to communicate that? The story, that is.

Clysm: There will be actual text. Probably in the form of journal entries. But it will not be necessary to read any of it to play the game.

EB: Uh oh, text. are you sure gamers are going to be able to handle this "text" business?

Clysm: Well, there are a lot of things about this game that may or may not be well-received by those who happen to try it out. I'm really not sure how it will turn out, overall. It might turn out to be one of those games that's more fun to work on than to play, such as the little life simulators I made.

EB: What sort of features are you talking about there?

Clysm: Well, most of the things I'm talking about are kind of secret. :) I mean, I want the game to have the quality I mentioned, that you don't really know what to expect.

EB: "What is a video game? A miserable little pile of secrets!"

Clysm: But I realize that in saying that I'm probably making it sound like something more interesting than it really is.

EB: Heh. In screenshots that you posted on your rarely updated Eo blog, the graphical style had an odd 3D-ish look to it in parts.

Clysm: Well, the look wasn't really finalized, and it will probably change unless I get too lazy.

EB: Haha. What'd you think of Knytt, a game that was partially inspired by Seiklus?

Clysm: I liked Knytt, but never finished the game. I was pretty impressed with Knytt Stories, however, and I played through all of Nifflas's levels and several by other people.

EB: What was better about Knytt Stories?

Clysm: Maybe I just have a short attention span. I guess I found the atmosphere more varied, and I liked the music.

EB: What music are you listening to these days anyway?

Clysm: A lot of darkwave and chiptunes, mostly.

Clysm: That's a term I learned a few years ago that seems to include a lot of what I like. Some of my favorite music groups include Deine Lakaien, VNV Nation, and others that are sort of in the same general category as Depeche Mode. It's a pretty big category, though.

EB: Ahh, that sort of thing. Do you support Ron Paul :p?

Clysm: I don't know enough about him to answer that, really. I haven't started deciding who I might vote for, other than things I happen to read.

EB: Well, I know Rinku likes him (which is why I put that question there).

Clysm: I'm not registered as a member of any political party, or even as an independent. I do vote, though.

EB: have you had a chance to look at this years IGF finalists?

Clysm: I tried The Zoo Race and Aquaria, and there are others that interest me. Oh, you said finalists. Yes, I looked over the list.

Clysm: I would have given it some sort of special award.

EB: It's nice to see more arty games like The Path getting in as well.

Clysm: That's one I haven't looked at.

EB: It certainly looks interesting. Why do you like Mr. Kubus' games? (Note to readers: Mr. Kubus is the somewhat infamous creator of the Johnny games.)

Clysm: I guess because they are different from everyone else's games. I don't really know. I guess he's someone who realizes that you can do whatever you want when you create independent games. They don't have to look or play like any other games, and it doesn't even matter whether anyone likes them. 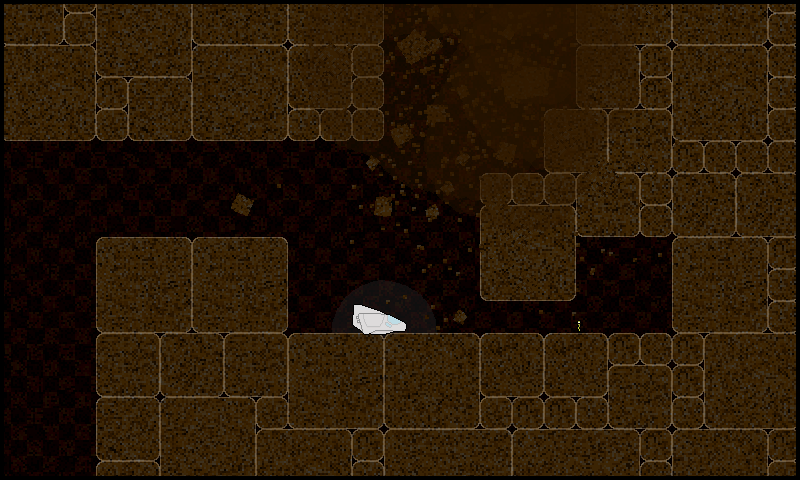 I worry about you Ron Paul people sometimes. The whole thing seems rather cult like.

Well, anyway, nice interview - good to hear Clysm is still working on something. It's been a while since we've had an update :D

It's definitely cult-like (w/ RP as the prophet and the constitution as the holy text), but no more than any other religion or tightly-knit group. But, I didn't even ask Eden to ask about him actually, she did that on her own. I did put in the link to that video though.

I think I'm going to ask everyone I interview about Ron Paul from now on :p

I don't really care about him, myself. He's entertaining and has some good ideas.

There seems to be a trend towards political crazies in the indie gamer internet.

I was recently read an American internet weblog supposedly on the subject of video games that was telling me to vote for Kevin Rudd for some reason. now this bizarre segue from Darkwave to Ron Paul. Strange times.

oh yes... seiklus is good, more like it please.

Don't be a nutter. I respected you more before I knew about the Ron Paul thing.

I'll have to look up Kevin Rudd, I've never heard of him.

Since RP's positions are that of the first ten or so American presidents, I don't think liking him is any crazier than, say, liking Washington, Adams, or Jefferson.

But I'm surprised people are talking about this rather than the more interesting parts of Clysm's interview.

I just looked up Kevin Rudd -- he previously held a position in the Australian government called (I can't make this stuff up) "Shadow Minister for Foreign Affairs" -- I like him already.

On war: Insufficient bloodlust. Can't even think of any foreigners he wants to bomb.

On the welfare state: Doesn't think he should spend the sheeple's money, especially when their children and grandchildren are already debt slaves.

On liberty: Serious lack of interest in managing other people's affairs, or spying on them.

On central banking: Intransigent refusal to believe that prosperity is achieved by creating more money.

Sounds pretty crazy to me! The status quo, on the other hand -- multiple wars and occupations, a bankrupt welfare system, a burdgeoning police state and runaway inflation -- is the very definition of sanity.

As Mencken said, under democracy, the people know what they want and deserve to get it good and hard.