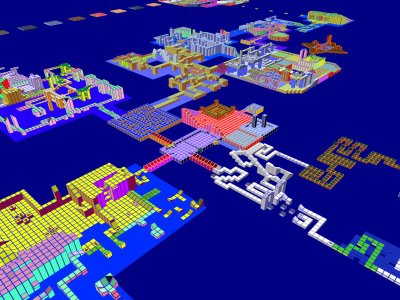 News of a Spindizzy remake had recently surfaced over at the RetroRemakes forums.

The original is a C64 game which was compared frequently to Marble Madness. In it, you control a craft named GERARD (Geographical Reconaissance And Land-mapping Device) on a mission to explore new dimensions and collect energy levels. 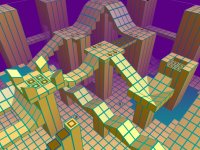 The game will be released sometime in February 2007 as open source for Linux, Windows and MacOS X with a map editor included.
Posted at 2:18 AM by Tim
post a comment  |  0 comments