Tuesday, May 08, 2007
Cave's Next Shooter
Rumors are going around about a new shooter from Cave, fueled by a rather odd leaflet found in the Mushihimesama Futari OST which was released recently. 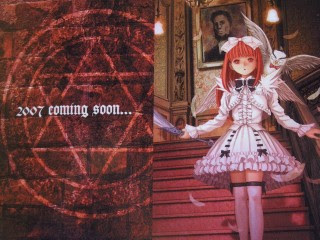