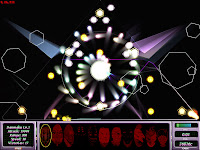 Immortal Defense isn't the first Game Maker project to go commercial (see Mr. Chubigan's Shellblast and MAGI), plus developers rarely reveal their sales numbers to outsiders - hence it's a kind gesture by RPGCreations to publish not only sales stats but their marketing strategies as well, with the intention that the information can be of some use to other independent game developers. [recent interviews]

Interestingly, Mr. Chubigans had also set himself a sales target of fifteen copies for Shellblast each month (before being published on a major game portal), though no official numbers have been made public yet.

The games at hanakogames.com and Sketch Warriors 2 at Manifesto Games are also commercial GM games, so there's quite a few.

where are the sales stats for this game then? I can't find them....thx.