Saturday, June 02, 2007
Vulkaiser Close to Release
DHC is currently adjusting the difficulty level for their first shareware release, Vulkaiser (which probably means adding more bullets in Japanese terms). Updated screenshots will be posted on the game information page soon, and the developers are suggesting the possilibity of co-operative play through the internet. Either that or I read the translated text wrong.

They have also stated that the game may not meet the expectations of many, which is pretty much what Pixel said before the release of Guxt. Admittedly current screenshots do little to instill confidence, but DHC had set an admirable standard with their freeware releases so it's quite unlikely that Vulkaiser will be disappointing to any extreme.

Also interesting to note that Vulkaiser was announced on the 1st of April, so it could be a two-month long joke and the final product may be totally different from what the images suggest. [DHC's web site, past projects] 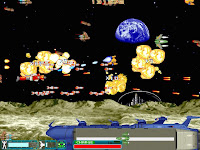 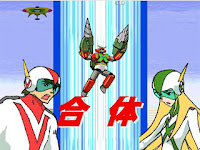 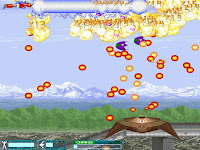 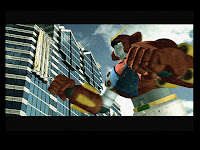