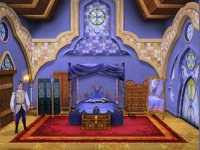 A 70MB demo for The Silver Lining (the unofficial King's Quest IX) has been released. (I'd recommend the AusGamer's mirror, it's blazing fast)

The full title is Broken Sword 4: The Angel of Death. It will be a point-and-click adventure, unlike the third in the series. Click here to watch the same trailer on YouTube.

The Runaway sequel will be released on September 2006, which means next month. 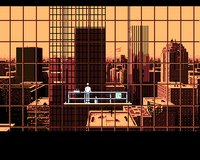 Mordalles of Duty and Beyond fame is currently working on Chronicles of the Red Knight and a secret project with graphics resembling those found in Future Wars. [Duty and Beyond review, walkthrough]

Free Lunch Design of Icy Tower fame is currently working on three new games. One of them is entitled Hodja and the Sleeping Eggplant.
Posted at 2:18 AM by Tim
post a comment  |  2 comments

Lots of great news, much appreciated.

most of the news came from dimitris of adventure europe and the exchange student. :)
Post a Comment
<< Home
Recent Comments
Recommendations