Nigoro's Rose and Camellia has been translated to English.

Petri Purho's A Tribute to Rolling Boulder can be acquired from the Gamedev entries download page, along with a number of games from other participants. [source: the2bears]

The results for SourceForge.net's 2007 Community Choice Awards are out. [original story]

We won't be seeing N+ on the Wii or PS3 until it's out for the Xbox Live Arcade for at least a year. Metanet's platformer is still set to appear on both the Nintendo DS and Sony's PSP.

The lead programmer of Söldner-X (Play-Asia's horizontal shooter) was recently interviewed by Press Start. The million-dollar question was asked as well, and here is the response:

What platform(s) are you looking into releasing Söldner-X on?

Marcus Pukropski: I am afraid that I am currently not entitled to answer this question. The game is scheduled for release in late 2007, platforms are likely to be announced during the next couple of weeks... 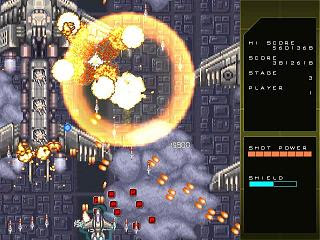 Is it me or the epic storyline just makes it more bizarre? And awesome?

I don't think there are enough games with the phrase "baseborn strumpet."
Post a Comment
<< Home
Recent Comments
Recommendations